The Piattis are amongst the UK’s foremost young string quartets, with a host of awards and critically-acclaimed recordings to their name. They have performed in all the major venues around the country, including a live BBC Radio 3 broadcast from the Wigmore Hall. The Quartet has also appeared in Italy, Australia, Spain, Austria, Ireland, France, Switzerland and Holland. 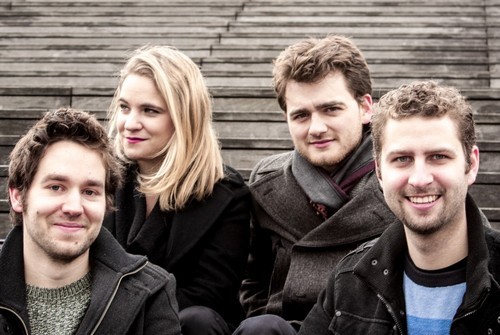 The Piatti are winners of the St Martin in the Fields Competition, a Martin Musical Fund/Philharmonia Scholarship, multiple Hattori Foundation awards, and the St.Peter’s Prize. The Quartet spent two years as Leverhulme Fellows at the Royal Academy of Music and have received both Tunnel Trust and Countess of Munster awards. Park Lane Group have also supported the group extensively with a UK-wide concert tour and a recording on their Classical Label. Other recordings have been released on the Linn Records and Champs Hill labels, including the Piatti’s lauded contribution to the complete string quartet works of Felix Mendelssohn (Champs Hill), which was BBC Music Magazine’s Critic’s Choice (September 2014).

The Piatti Quartet holds the Richard Carne Junior Fellowship for String Quartet at Trinity Laban Conservatoire of Music and Dance for 2014-15.  The group continues to actively expand the quartet repertoire with premieres of new commisions from acclaimed British composers Joseph Phibbs, Richard Birchall, and Jacques Cohen.  A busy upcoming season includes tours of Scotland and Ireland and a new CD recorded at the Jacqueline du Pre Music Building, Oxford. 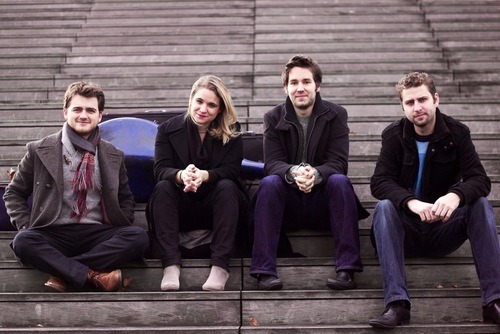 The Quartet has worked with members of the Chilingirian, Doric and Hagen Quartets and studied at the Reina Sofia Institute in Madrid with Günter Pichler.

The group takes its name from the great 19th-century cellist Alfredo Piatti, who was a leading professor and exponent of quartet playing at the Royal Academy of Music.